5 Most Popular Themes in Online Slots 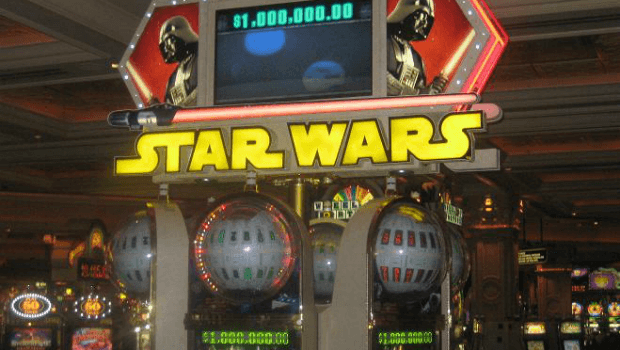 Your idea of the coolest online slots might be something cute and fluffy like Starburst video slot, or a gruesome bone chiller like Frankenstein. Whatever kind of slot genre makes you want to spin, you should find plenty of action among the thousand of titles in the five most popular themes in online slots.

Some of the most popular online slots are based on remakes of famous movies and TV series – and as the flicks get better, so do the the reels. Expect cool graphics, real soundtracks and interactive features and characters that really bring classic films and shows to life on the reels.

Check out these top movie slots:

One movie slot game enjoying a renaissance is Playtech's Top Gun slot, with news of the imminent Top Gun II film getting fans of the original movie seriously excited. So, if you fancy taking flight with Goose, Maverick, Charlie Blackwood, Iceman – and some seriously cool sound effects – Top Gun movie slot is a winner.

Gameshow slots are mega popular and offer some of the coolest entertainment, thanks to realistic transmutations from the original shows. So, if you loved those iconic shows from 'back in the day', or modern cult classics such as Who Wants to be a Millionaire, now's your chance to prove you've got what it takes.

Gameshow slots like Bullseye and Who Wants to be a Millionaire are truly awesome and ideal for an dose of nostalgic fun. Expect real sounds, interactive features mimicking the original shows and a stack of prizes for successful contestants.

Every slot player is a potential superhero or heroine – it's probably one of the worst-kept secrets inside MI5. Fortunately, there are a host of superhero missions to try on the slot screen which aren't life threatening. Superhero slots range from famous movie hero games featuring icons such as Catwoman and Superman, to games with a more generic hero and heroine themes.

Superhero slots missions to the rescue:

Just like horror films, chiller themes have always been a winner in amusement arcades through the decades – something that's also true with online slots. If you're into gore, gothic action and scary stuff, then some of the horror slots will be right up your dark alley. But be warned, some of them contain soundtracks and immersive horror gamescapes that you might not want to play when home alone – unless you're brave enough to try your luck?

Some top horror slots to spin:

Just about everyone loves animals, so it's no surprise to kind a Noah's Ark-sized range of furry, cuddly and sometimes wild range of animal-themed slots on the web. Animal slots range from super-cute and fluffy to ultra-real 3D graphics and hardcore jackpot games. And don't forget the famous Mega Moolah is king of the jungle in more ways than one.

If you're a sucker for animals, then you'll find a practically endless range of themed slots in online casinos.