You’ve seen the pros playing No Limit Texas Hold’em on TV, but did you know there’s a whole world of variants out there for you to enjoy? A quick look beyond the world of Hold’em and you’ll find the likes of Omaha, Stud and Draw poker. If you look further still, there’s a selection of even more exotic variants for you to choose from. In this guide, we’ve picked out five fun poker games for you to learn. Whether you want to spice up your next home game or the annual family get together, these poker games should hit the spot. 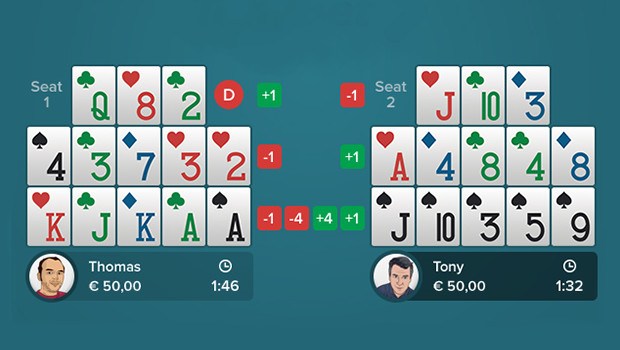 Watch any group of pros when they’re not in a live tournament and they’re probably on the rail playing Open Face Chinese Poker. Aside from being a game of action and skill, the point scoring system makes it ideal as a prop betting game. The object of the game is to make three poker hands that gradually increase in strength. At the start of a game, each player receives five cards and must arrange them as they see fit into a bottom, middle and top hand. The bottom and middle hands consist of four cards, the top is a three-card hand.

After the first deal, players draw a single card in turn and gradually try to make the best hand possible in each row. You must try and make the middle hand at least as good as the bottom and the top at least as good as the middle. If you can’t do that, you 'foul' that row and don’t receive any points. Once you’ve set your cards (you can’t move them after choosing where to lay them), you earn a point for every row you win.

There are lots of ways to earn bonus points in OFC, but the main point to note is that players are trying to win each row and score the most points possible before a predetermined number of games are completed. 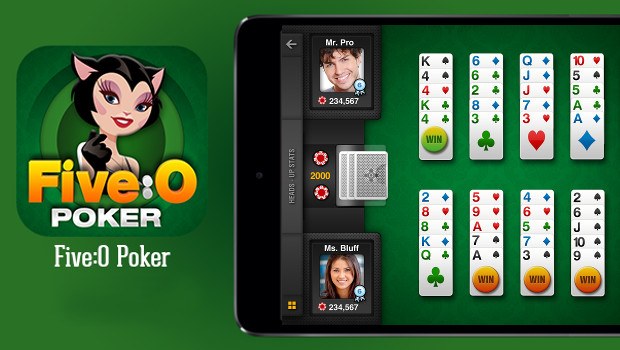 In this one-on-one game, five is the magic number. Like Chinese but with the added bonus that you can make hands more freely and force your opponent to fold, Five-O Poker is all about using your powers of deduction and reasoning to win. At the start of a hand, each player is dealt five cards face up. These five cards represent five separate hands.

After the initial deal, players take turns at drawing cards and placing them face up on one of their hands. This dynamic continues until a player has five columns consisting of five cards each. The other twist in the tail to note is that the fourth card is dealt face down, which means four cards in each column are face up and one is hidden.

After all the cards are dealt, a betting round takes place where players can bet, raise, call or fold. When the betting is over, the hands are exposed. Column one is compared to the opposing column one and so on. Hand rankings are the same as traditional poker and the player who wins at least three of the five hands takes the round. 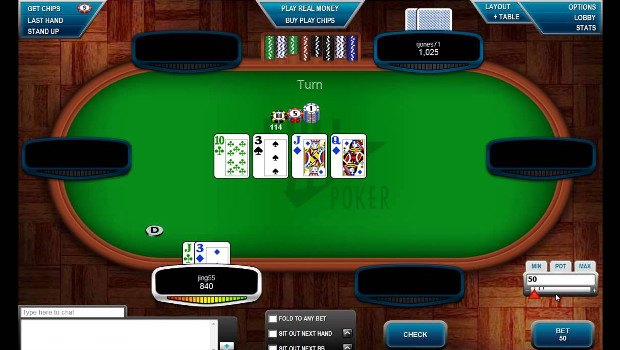 The Irish are known for their wild streak and that becomes clear when you consider this eponymous poker variant. Quite how old traditions from Texas were tinkered with by those on the Emerald Isle isn’t clear, all we know is that this game is like Hold’em but with two extra cards. At the start of a round, each player is dealt four hole cards, much like a game of Omaha.

From this point, a pre-flop betting round takes place before three community cards are spread. Another round of betting then occurs, before each active player is asked to discard two of their four cards. This is where the skill of Irish Poker comes into play because the move you make here could determine the overall success of your hand. Once the cards have been discarded, play continues in the same way Texas Hold’em does. 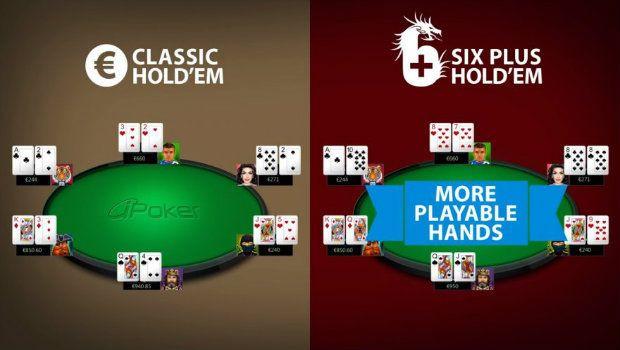 Originating from the private high stakes games in Macau, Six Plus Hold’em is basically like regular Texas Hold’em on steroids. At the start of a game, all the cards marked from deuce to seven are removed from the deck. This means that Six Plus Hold’em games are played with 36 cards instead of 52. In addition to the stripped deck, play on the river takes a turn.

Up until this point, the betting follows the same pattern as regular Hold’em. But when it’s time for the river, each active player receives a third hole card instead of one community card being put on the table. At this point, everyone must combine two (and only two) of their hole cards to the community cards to make the best five-card hand. Once you’ve got your head around those concepts, you’ll need to memorise the following hand rankings before you ante up: 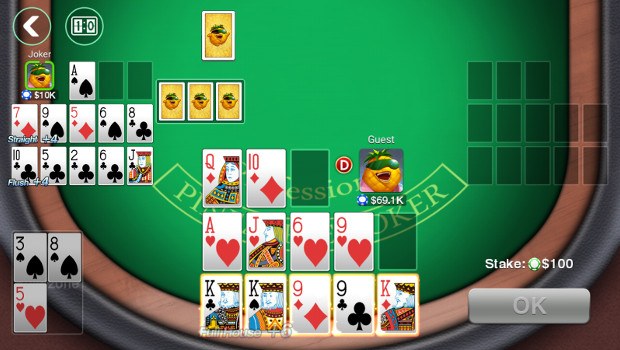 If you like the sound of adding more cards to a standard game of Texas Hold’em, but four and six (i.e. Irish and Six Plus) seem like a stretch too far, Crazy Pineapple is the game for you. At the start of a round, each player is dealt three cards. Like Irish Poker, the action proceeds with some pre-flop betting, before every player in the hand is asked to discard a card on the flop. From this point on, things continue as if it were a regular round of Hold’em.

So, there you have it. If you’re a fan of poker and you fancy putting your skills to the test in some new ways, why not give these exotic variants a try?

Spin to get bonus Your're in luck! Unlock your bonus