The Most Common Tells in Poker

CasinoSource.ca
» blog »
The Most Common Tells in Poker 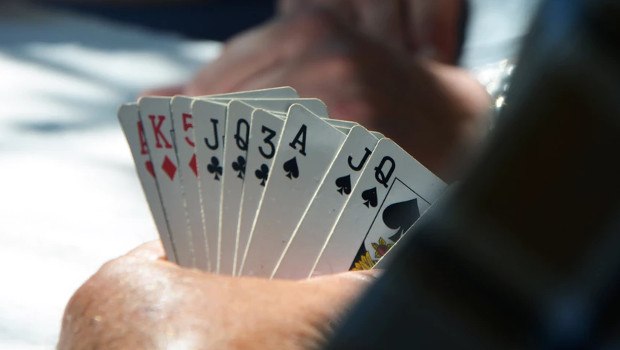 Poker is almost as fascinating to observe as it is to play. Anyone even slightly familiar with the game will have heard of the ‘tells’ (signs of lying) that players can give away – either subconsciously or deliberately in an act of deception – that can offer their opponents an insight into the hand they're holding.

That’s why the idea that poker is merely a game of luck is hokum; understanding these tells and acting upon them takes great skill, courage and nous. Whether you're a complete newcomer to poker, or are a more experienced player looking to take your game to the next level, here are some of the key ‘tells’, verbal and physical quirks that may help you to improve your position at the table.

This is a common tell that can actually benefit online players as well as those seated at an actual live table. Most poker players act in a consistent fashion when it comes to placing their bets. They will take a similar amount of time to make their decisions, whether they boast pocket aces or a crummy 9-2 split. But others will give their position away by acting in a way that's unusual for them. One obvious measure of this is the amount of time it takes them to check, call or raise.

Those who call or check really quickly are typically holding a weak hand with a bit of potential: they may be sitting on a low pair and they want to get to the river in the hope they land a trip. By acting fast, they're hoping to come through the betting round unscathed. Conversely, watch out for those who take their time over a hand when normally they're a bit more rapid fire. That suggests they are thinking... hard. Perhaps they're considering how badly their bankroll will be hit if they all with a medium strength hand and lose; maybe they're wondering how they can leverage maximum profit from you when they land pocket aces.

The Eyes Have It

Naturally, it's the subconscious tells that are the easiest to spot – and the most revealing. Darting eyes and the avoidance of eye contact can tell you all you need to know about an opponent’s hand and mindset. Nervous reactions come from players who get themselves in too deep. Let’s say they’ve picked up pocket threes and are desperate to get through to the river to see if they can land a trip or a full house, but are having to make expensive calls to get there.

The eyes (and the sweat on the top lip!) will reveal their position. Those who hold eye contact for longer than is considered social etiquette are revealing a position of strength: they are relaxed, confident and pumped full of endorphins. As ever, studying your fellow players over a period of time will help you to identify any anomalous tells that don’t fit in with their normal patterns of behaviour.

When the Chips are Down

Nervousness often manifests itself in ‘fidgety’ behaviour: someone handling their chip stack while waiting for the flop to be dealt is one such example. Analyse these tells throughout the game from pre-flop. A player who glances at their chip stack – and yours – is sizing up how much to bet. If they raise after sneakily glancing at your chips, they're confident you will fold like, well, a house of cards.

If they look at their chips after a player next to them has called or raised, it's often from a position of weakness: do I want to risk my stack here? Handling chips is also a defensive mechanism – ‘I don’t want to give these away’ – and can reveal shaking hands; a sign of nervous energy that's often displayed when a player has been dealt a strong set and feels like a big win is forthcoming.

When the hole cards are dealt it's easy to remember what you're holding, so why do so many players double, triple and quadruple check their cards when it's their move? Usually it's a sign of weakness – they need extra time and are looking at their cards thinking ‘do I really want to go through with this?’ It can be a bluff, of course, if a player double checks their pocket aces, so again analysing their behaviour over a longer period of time is key.

Talk of the Town

A decent percentage of poker players hate aimless chatter at the table and it's often a mark of nervousness or barely concealed excitement when a player starts talking the hind legs off a donkey. Talking and demonstrative behaviour, such as sighing and shrugging, can be a classic distraction technique however, so pay close attention at every turn. Is the player normally talkative? Or have they suddenly burst into life? The latter is a sign of surplus energy; probably a reflection of a strong hand to follow. Watch your step.